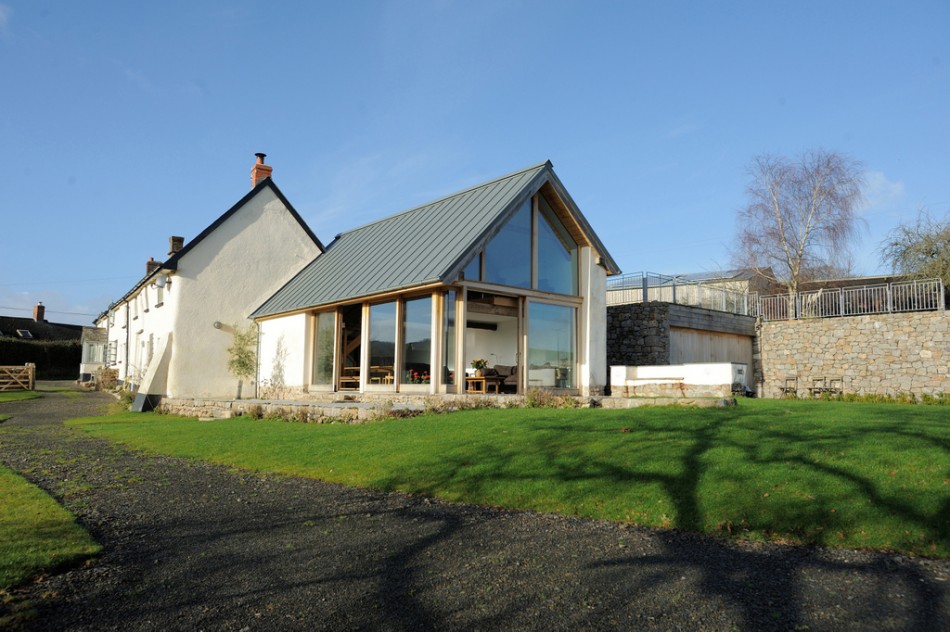 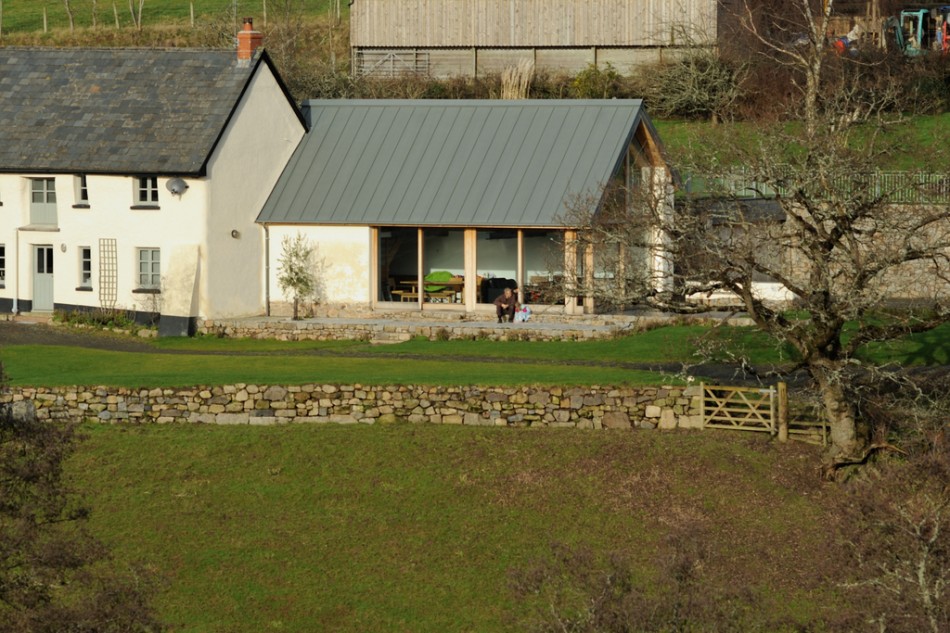 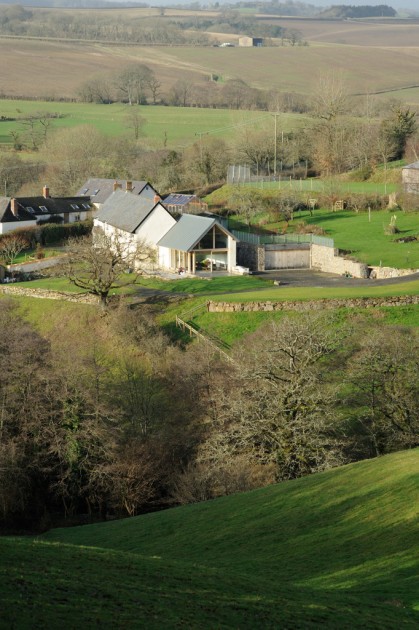 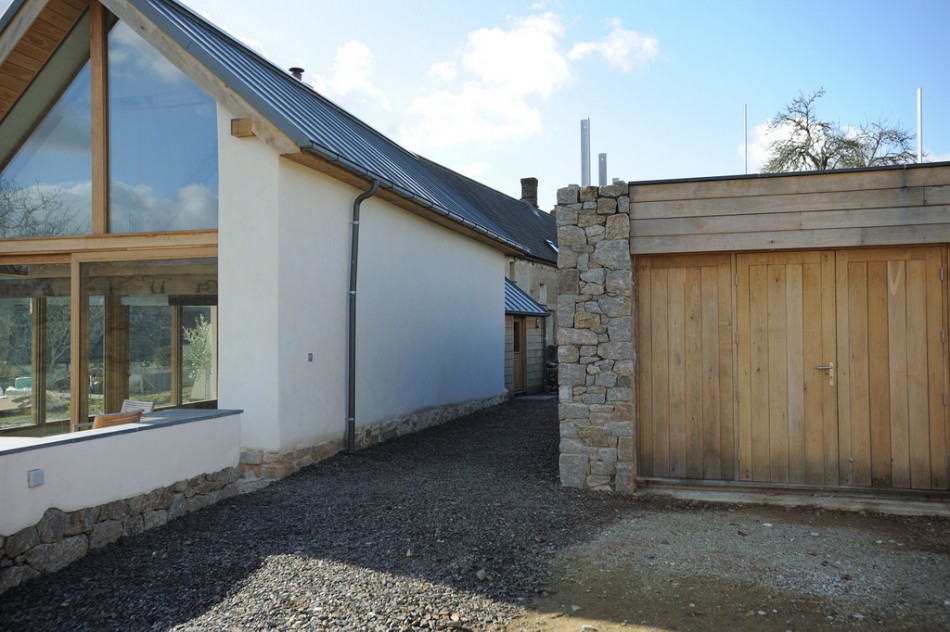 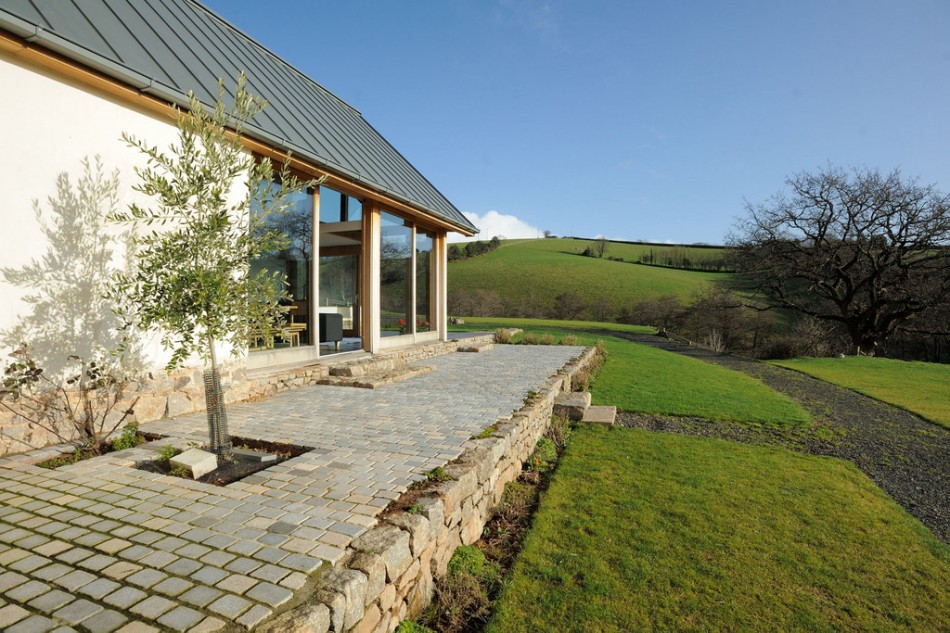 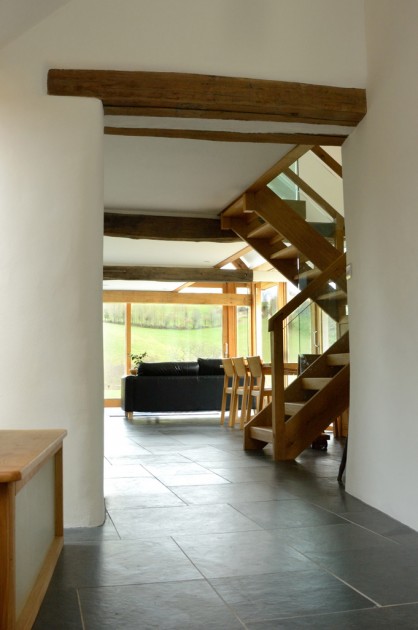 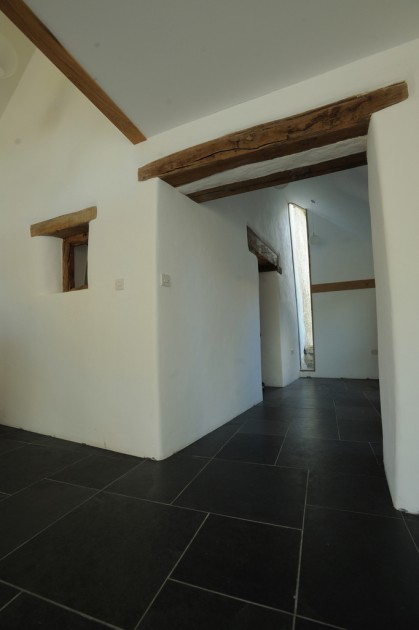 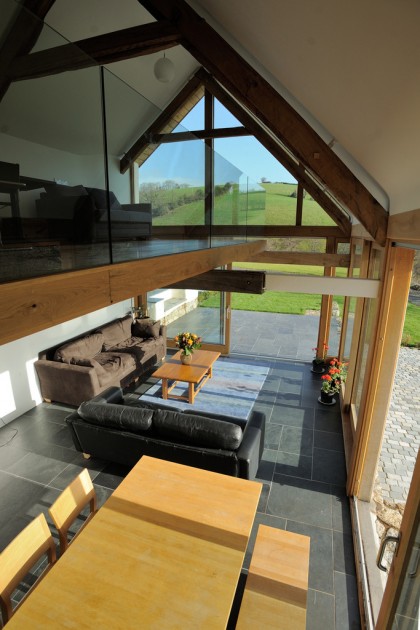 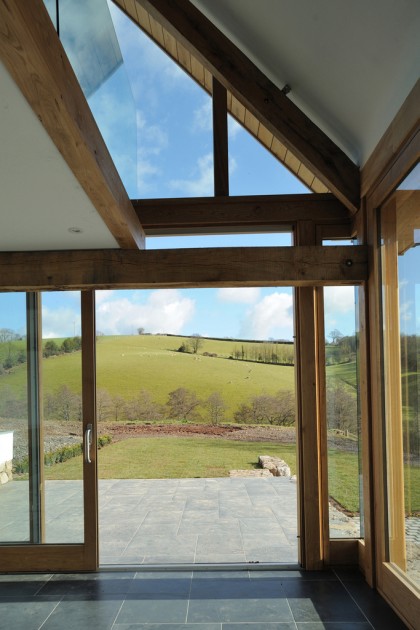 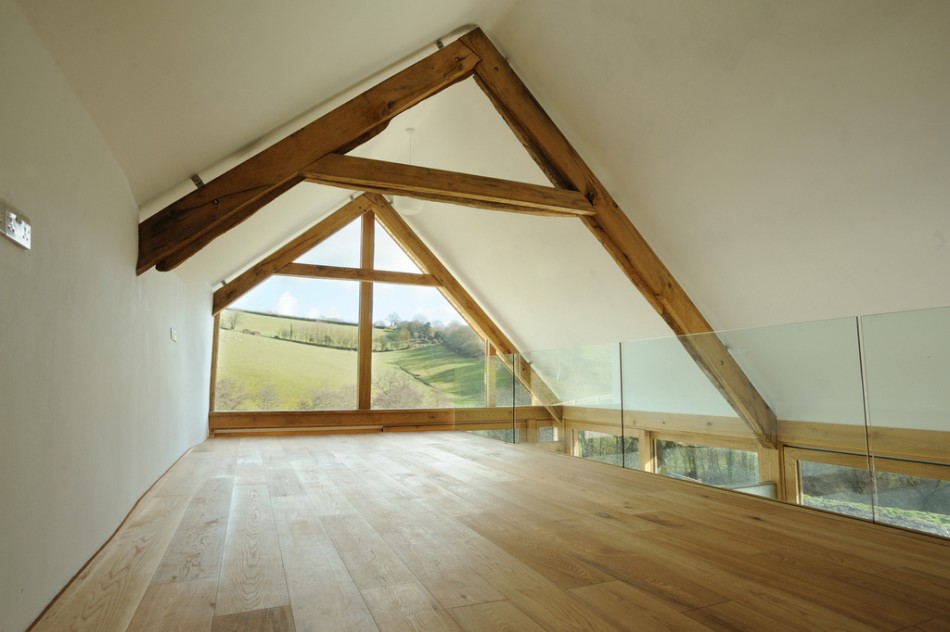 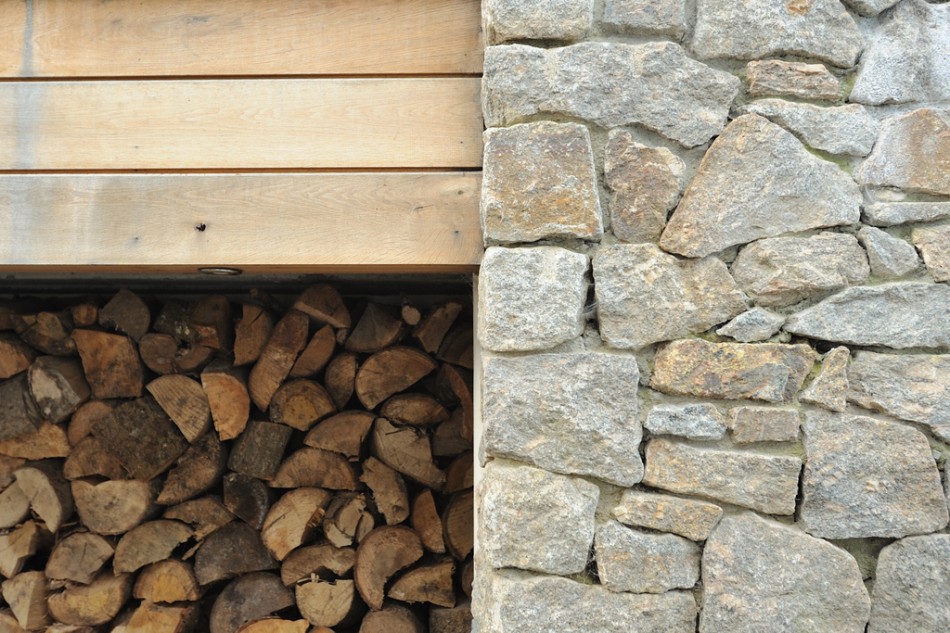 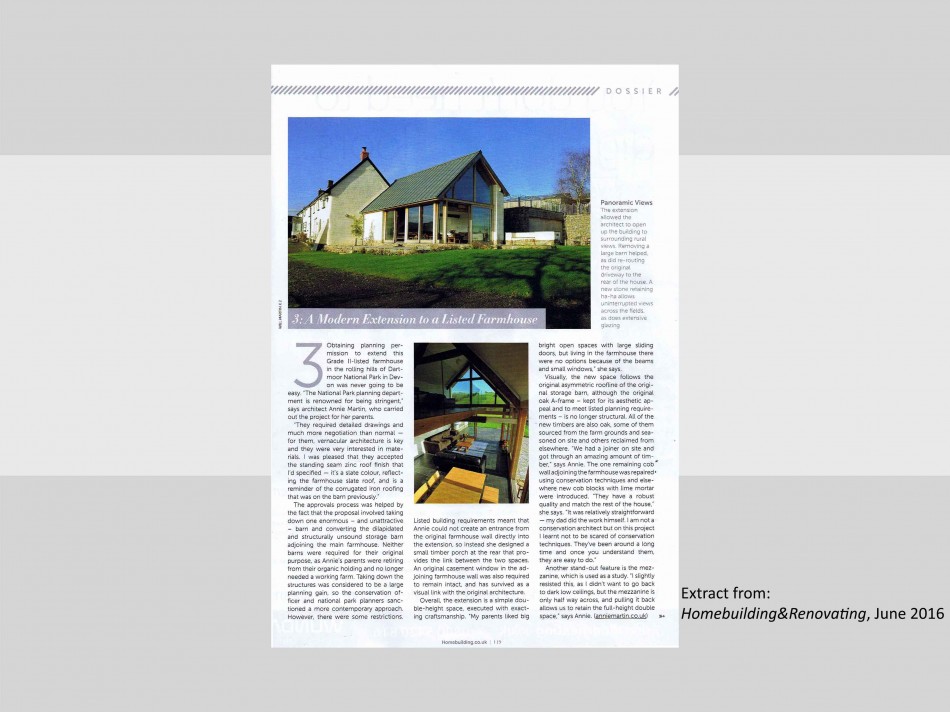 Conversion - The farmhouse and outbuilding is Grade II listed and typical of many of Devon’s dwellings; rendered cob construction with small casement windows and a slate pitched roof.

The ‘outhouse’ building, is adjoining, but stepped back from the existing farmhouse. Strict planning requirements required the form and historic structure of the outhouse to be retained however as nothing of architectural significance remained to the southeast elevation and northeast gable, it was considered that a more contemporary approach could be sanctioned. It was agreed that the first ‘bay wall’ from the farmhouse gable wall to the first roof truss and beam should be built in cob. New substantial structural timber posts and an eaves beam to support the roof A-frames and floor beams, evocative of a barn structure, replace the rendered blockwork wall and metal window. These posts are infilled with fixed glazing and timber sliding doors expressing the new as new. From investigation of the end of the north cob wall and roof structure it was concluded that the existing barn was originally longer, to honour and express this, the south elevation continues beyond the final structural post with a glazed strip and end gable is completed glazed and independent of the main roof and floor construction and roof projects a further 300mm. The project was finished in 2012.